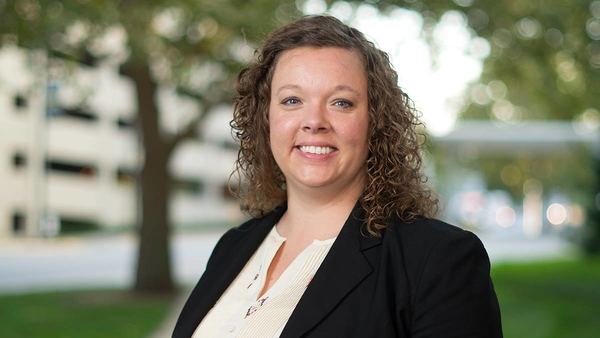 Erin Oliver has been named the University of Notre Dame’s first assistant vice president for institutional equity in the Office of Human Resources, effective June 1.

A Notre Dame alumna, Oliver served as the director and Title IX coordinator at Purdue University in West Lafayette, Indiana, where she directed a team responsible for managing internal complaints of harassment and discrimination, including sexual assault and other Title IX complaints involving students, faculty and staff. Oliver also provided guidance to senior university administrators to resolve discrimination and harassment issues.

“Erin brings extensive experience as a leader in the area of institutional equity and has proven expertise in managing harassment and discrimination issues in a university setting,” said Robert McQuade, vice president of Human Resources. “We are proud to welcome Erin. Her experience in serving in leadership roles in handling and providing guidance regarding the Americans with Disabilities Act and creating training sessions on ADA and serving as an ADA coordinator will also be an asset to Notre Dame.”

Oliver’s responsibilities include providing leadership, oversight and support in the areas of harassment, discrimination, affirmative action and equal opportunity. Working with the Office of the Provost and the Office of Human Resources, Oliver will develop strategies and plans for the recruitment and retention of diverse faculty and staff.

Oliver brings more than 10 years of experience in law, conflict resolution and Title IX and ADA compliance and training. While serving as director and Title IX coordinator for the Office of Institutional Equity at Purdue, she also served as special counsel in the Office of University Legal Counsel, where she investigated legal issues and made recommendations for compliance with state and federal law as well as university policy. She chaired the Title IX stakeholder committee and ADA people and technology committee, and co-chaired the campus community response team.

A native of Peru, Indiana, Oliver graduated from Notre Dame with a bachelor’s degree in American studies and a minor in anthropology in 2005. She earned her law degree from Michigan State University in 2012 and is a member of the Indiana state bar and the National Association of College and University Attorneys.

Oliver also brings extensive knowledge of Native American affairs garnered in her role as director of public relations for the Miami Nation of Indians of Indiana, for which she is a tribal council member. She recently served a four-year term on the Indiana Native American Indian Affairs Commission, part of the Indiana Civil Rights Commission appointed by the governor. She currently serves on the board of advisors of the Eiteljorg Museum of American Indians and Western Arts in Indianapolis.

Originally published by Marissa Gebhard at news.nd.edu on May 31, 2019.