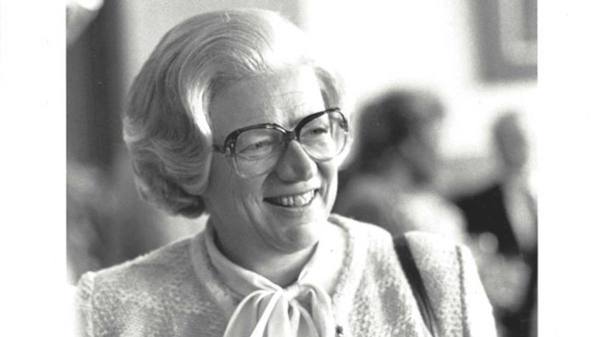 It is open to the public. Registration is encouraged. Read the press release.

About Hanna Holborn Gray
Born in Germany, Gray moved with her family to the U.S. at a young age. She received her bachelor’s degree from Bryn Mawr College in 1950 and her Ph.D. in history from Harvard University in 1957. From 1950 to 1951, she was a Fulbright Scholar at Oxford University in England. After teaching at Harvard as an instructor and assistant professor, she joined the University of Chicago faculty. In 1972, she was appointed dean of the College of Arts and Sciences and professor of history at Northwestern University. In 1974, she was appointed provost and professor of history at Yale University, where she also served as interim president from 1977 to 1978.

The holder of more than 60 honorary degrees, Gray received an honorary doctorate from the University of Notre Dame in 1980. Gray is a member of the Renaissance Society of America, the American Philosophical Society, the National Academy of Education and the Council on Foreign Relations of New York, as well as a fellow with the American Academy of Arts and Sciences. She has served on a number of boards, including the governing boards of Yale and Harvard, and has chaired the boards of the Andrew W. Mellon Foundation and the Howard Hughes Medical Institute.